There is no dearth of toy and gadgets crazes in our little lifetime but the recent craze for the Cabbage patch Kids Baby dolls is quite mind boggling. If you think this is very new toy which is making its debut in the 2017 then you are simply mistaken as it was released almost three decades earlier in 1983. The craze for these gadgets were such that people were willing go through a bodily harm, bribe other and even fly out of country to procure one. At one of time people in the North America were so worried when it came to getting one such doll than the impending nuclear threat which was dreadful scenario of the Cold War.

It was developed in 1977 in Georgia by an artist going by the name Xavier Roberts. He labeled his creation as Little People and it was simply a line of hand crafted soft sculpture babies. 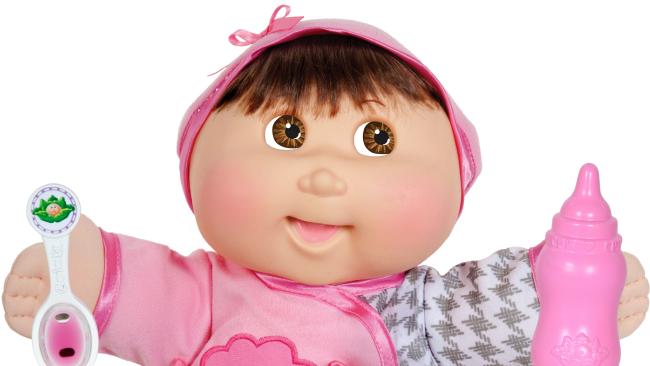 In order makes its creation find better shelf life in the gift shops and some other retail store he came up with an elaborate plan which was quite astonishing at that time. Rather resorting to ‘sell’ his creation in the shop he stated they had to be adopted by the shopper and no one should be calling these ‘dolls’ rather it should be exclusively termed as ‘babies’.  It found instant success with his bizarre yet refreshing marketing tactics and it helped in sell over 200,000 dolls. In later years it was rebranded as the ‘Cabbage Patch Kids Baby’ which remains in use till today.

Cabbage patch Kids Baby  The craze of the dolls

When the Cabbage patch Kids Baby  dolls were launched in 1983 the craze was at its peak and it even resulted in the stampede at stores where it was in short supply. It would come as a surprise people even started bribing the employees to reserve a doll for themselves before they were placed on the shelf. The craze was at such a height that one parent went all the way to London via flight just to get a hand on the doll when its supply was low in North America. It never had to fear the rise of the counterfeits as they failed spectacularly when compared against it due to the use of industrial rags which results a foul odor.

Not everyone is a fan of its marketing

As stated earlier the creator of these Cabbage patch Kids Baby dolls wanted kids to adopt them rather than simply buy them. He even went further to include an ‘oath’ taking by the kids to take good care the dolls and they were presented with a birth certificate along with adoption papers. This marketing tactic wasn’t loved at all by the adoption community and they lamented at the  fact that someone is making fun of a noble thing for some monetary gain. They even feared that this will allow children to assume that people can be bought just like the Cabbage patch Kids baby.