A Detailed Review of iPhone 7

Presently cell phone is one of the most frequently used gadget by all sections of the society. It has transformed into an obsession by the users and they almost tend to get lost without it. Here we will discuss about the global leader of this cell phone industry – iPhone 7.

Nowadays, modern gadgets have crippled mankind by enslaving them to machines. There is no such field of human activity which is devoid of usage of these gadgets. Life would literally come to a standstill if electricity fails as the usage of appliances such as television, computers etc. could not be operated. Hence gadgets cater to the state-of-art technology which makes human life simpler.

The American electronics gadget giant Apple Inc. launched the iPhone 7 on 7th September 2016. Other than the two new colours, camera bump and little tidier antenna lines, the phone iPhone 7 is not just an iteration of its previous model iPhone 6. There are many crucial developments in the new version. The mirror-like finishing gives the iPhone’s rear looks very similar to the screen when switched off, so as to give the iPhone 7 gadget a seamless look. The screen brightness is increased by 25% along with the inclusion of high quality stereo speakers. 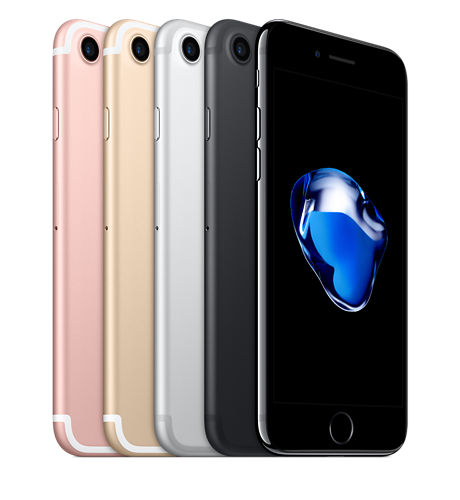 With a worthy upgradation on the field of storage space, Apple’s small-print in iPhone 7 tech specs represent the magnitude of delicate finishing. There is also the provision of water-proof and dust-proof facilities along with a longer battery life has further increased the value of this gadget iPhone 7. Its A-10 fusion processor and high speed RAM makes the gadget run ultra-smoothly and also prevents the phone from getting hanged.

Despite of such marvelous facilities, the iPhone market is drastically effected mainly due to its poor accessibility to the customers around the globe and thus is always at a risk of facing severe competition from other phones in the market. There are also many technical defaults that has been barriers to the products sale. One of them is the lack of a well-established audio port in the system of iPhone 7.

In the present audio port, one cannot charge their phones along with porting the audio device in the phone. Another drawback is that there has not been any significant improvement in the display, thickness and RAM. Even the storage upgradation has been insignificant. All these reasons have given the company immense pain in the time of sale.

In addition to all these pros and cons, the major advantage to the company is its brand name. This is the sole feature for the sale of its products. Due to its immense brand value, its price is always hiked and its cons are always covered.

Hence, after going through all aspects of the gadget iPhone 7, we can predict that it has the required potential to boom the market. Though there is lot more expectation on the features but it is believed that the company’s policy of further research on this gadget will improve its quality to a much better extent.