Bike with the Biggest Wheels Ever: TMC Dumont Motorcycle 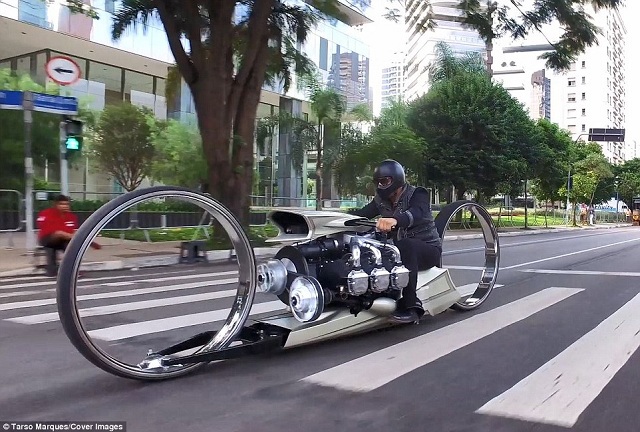 The whole concept of the TMC Dumont motorcycle was thought of by Brazilian ex- Formula One driver, Tarso Marques for the Daytona Bike Week rally. At this rally, participants have to customize their own bike and also the bike should run. The TMC Dumont motorcycle not only runs but inspires a reaction from all those to gaze upon this mammoth of a bike.

The Design of the TMC Dumont motorcycle:

Hence, the 36 inch hubless wheels and the airplane engine. Plus the positioning of the wheels is not like in your ordinary bike. They are fitted lower on the bike to make the TMC Dumont bike look as if it is floating, according to the designer. 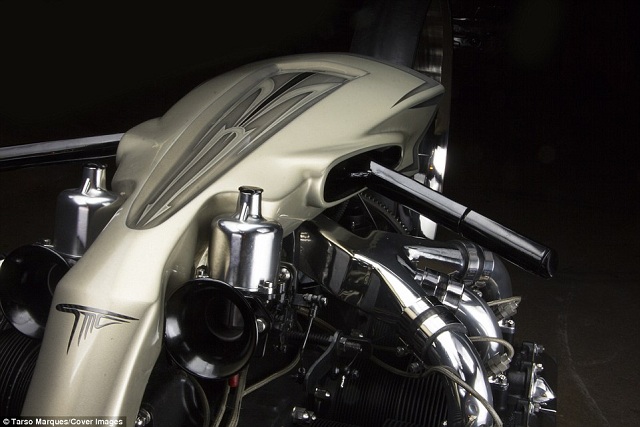 According to the creator, the TMC Dumont  is a concept that he has been thinking over for the last 15 years and he calls it “the most expressive event of customization in the world”.

The TMC Dumont  was made to create an impact and an impact it did make at the 77th Daytona Beach Bike Week Rally held at Florida this year. The bike was awarded the title of “Best in Show”.

The whole concept of the TMC Dumont motorcycle’s tires was thought of and designed by Tarso himself, making this project a wholly customized one.

Tarso has not revealed any details about the cost or top mileage on the TMC Dumont .

What happened before the TMC Dumont Motorcycle:

The airplane engine powering the Dumont motorcycle, once powered small aircrafts like a Cessna. The TMC Dumont motorcycle has got its name from a Brazilian inventor and aviation pioneer Alberto Santos Dumont.

The engine was taken from an air club in Parana and was wholly restored to its former glory.

The TMC Dumont is made from a combination of chrome, carbon fibre and metal alloys.