Mattijs Otten, who is pursuing a course in Industrial Design Engineering at TU Deft, conceived a modular design, facilitating production of Zebro in the series. Zebro happen to be the Hexapod robots that can walk. In the forthcoming time, researchers can develop autonomous clones of these robots and the concept of serial production will hold a key role in such endeavors.

Zebro, if explained in layman’s terms, closely resembles the insects, however, they are friendlier. These robots feature sturdy legs and come equipped with audio sensors. These robots are competent enough to discover the most stringent terrain, for instance, exploring the survivors of earthquakes and other similar devastating incidents.

To accomplish similar functions, a network of self-deploying sensors are developed. Once, a robot observes something that comes within its area of interest, it starts transmitting signal to its closest counterpart. The robot will then pass the signal and create a pathway, leading the exigent services to the victims who get trapped beyond the rubble. 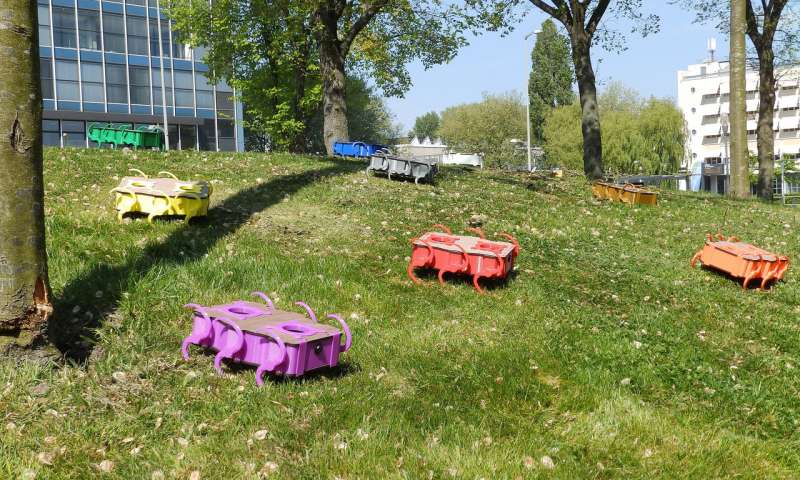 What are the key aspects of this development in Zebro?

For developing a Swarm, serial production of the robots are inevitably needed. For taking the subsequent steps for developing the Zebro,  Otten developed a modular design. He took the necessary approaches to strengthen the entire mechanism, in addition to offer space for sensors and electronic as well as ensuring effective mobility.

The modular character of these robots implies that these modules can be developed as well as fitted to the Zebro for aiding the scopes of such interactions, further. It is estimated that the production will take around an hour of time to complete the assembly of the robot.

The scope of research involved with the Zebro project

This modular design is all about a significant step in the direction of serial production and it extends researchers the platform that will aid in conducting more extensive experiments related to the testing of the behavior of robots in swarms. However, much scope of questions still persists in terms of the software and algorithm, required for the process.

The best part about the experimentation with the Zebro is that it involves the simplest interface yet ensures the efficiency of the mechanism. Though, the extent of the intelligence in insects cannot be matched with the intelligence level in humans, you are ought to give due importance on the aspect of their ability to survive through adverse living conditions.