Gadget Review: What is a Eta Clock?

The Eta Clock: A location Device Which Covers the Whole Community

Every ordinary clock is designed to tell time and those who do more are called smart clock. The Eta clock is one such smart gadget which keeps users connected to each other without telling the time rather providing location of the user’s whereabouts. With this gadget users are able to see where their friends are spending time. It has the similar age old design but the hands of the clock faces towards the location of user and it keeps mimicking their movements as they travel to and from destinations like ‘Gym, Home, Office, Airport’ and so on. The inventors of Eta Clock state that they wanted the users to make use of modern technology to experience one of best connected device. This gadget makes a sublime transition between the physical and digital world but keep the human centric approach alive at the same time. 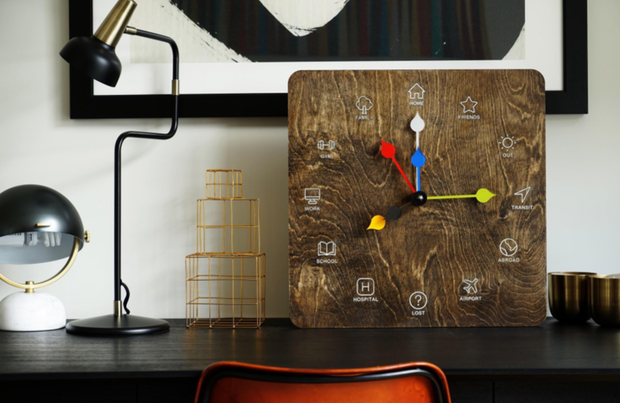 It’s a Handcrafted Artsy Clock for You

If a clock isn’t beautiful then you wouldn’t want it on your wall. Therefore this gadget designer brings half inch think oak plywood face with laser engraved twelve unique destination on it in best of the finish. The Eta Clock has a matter polyuerathene finish which makes it appear artistic and ensures it highly durable to literally stand the test of the time. It also has aluminium hands which anodised as well as dyed with user’s choice of either metallic or the primary tones.

Eta Clock is Extremely Easy to Use and Set Up

The Eta Clock work in unison with the Eta Clock mobile application wherein the app is utilized to broadcast the geo-location coordinates to the gadget. Instead of looking your mobile screen to get a location update, users can look at the clock to know the whereabouts of the friends and family members. This gadget keeps waiting to receive the new co-ordinates and it subsequently makes the changes in the whereabouts of the users instantly to reflect the same. 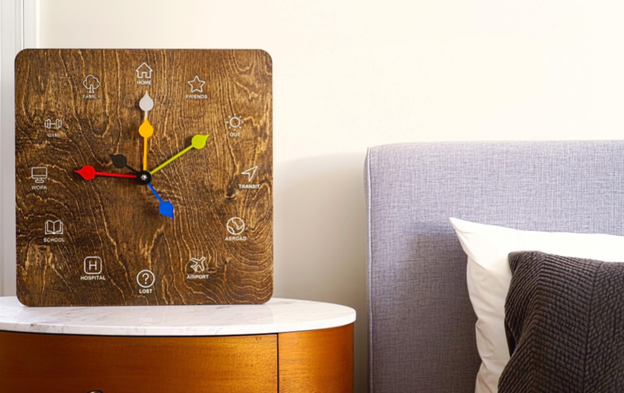 The best thing about Eta Clock is that it is extremely to set up with its two-step process. This gadget makes use of the Bluetooth Low Energy technology in order to connect the clock with the home wife network. The Eta Clock app present in the smartphone of the user’s family member or friends keeps a track of the user’s geo-location and transmits the data directly to the clock. This app updates the geo-location on its own which does away with the need of manually updating the location. This app keeps running in the background without causing unwanted strain on the smartphone by utilizing minimal battery power. As per the geo-location this gadget points the hand to the respective location on the clock face.

In order to ensure a strong privacy control over your data each of the Eta Clock comes with its very own data storage. Secondly as soon as the geo-location data has passed through this storage then that data is removed from the system right away. The best in this gadget review is that Eta Clock doesn’t keep geo-location data on their servers thereby making the user’s sole owner of their data.