Amazon may have had little joy with the Echo when Google just announced its new device: the google home, the gadget with voice assistant facility. After presenting its proposal of voice assistant, the technological giant presents this simple gadget that promises to be a multimedia center for the whole house.

But it goes beyond that. What Google pretends with the gadget is that we have a control center at home and for the whole family, with which we can synchronize both our smartphones and the smart gadgets. Mario Quieroz, VP and Product Manager talked about all this, explaining how this gadget will play our music and will serve to control our gadgets, and with which we can “talk.” 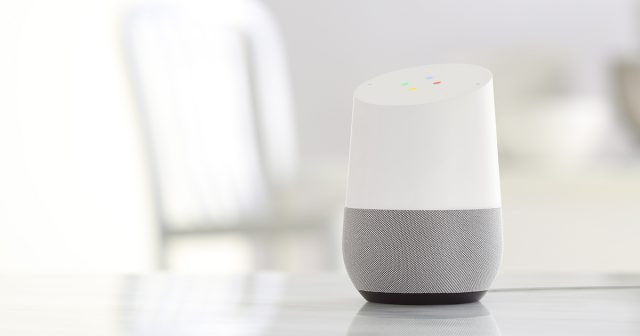 Do you remember the movie “Her”? In that movie, they represent an “ideal” interaction (that is, without errors or bugs) with a gadget, more specifically with an operating system. Something like this is what we wanted to show in the video presentation of this gadget. In which a family interacted with this speaker making use of the synchronization offered. And what seems the star of the day, is the Google Assistant.

It is a gadget of a very simple design, between cylindrical with the hemispherical base, which we have seen at the moment in a single color (white and gray). But we will see in more combinations (some are already on the product website). Apparently, the top will have LEDs that will indicate both that the Google Home responds and its activity in general. 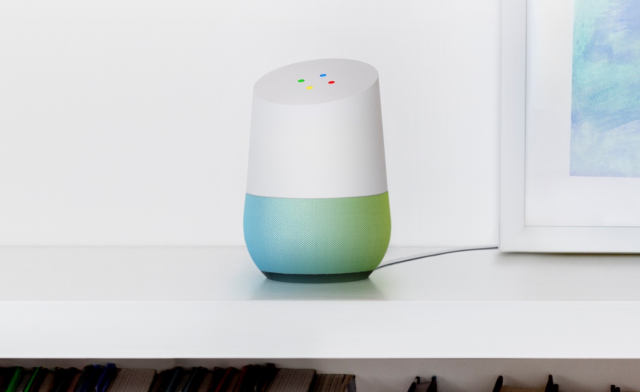 Google Home is a multitasking gadget but not a portable system

We do not know the power of the audio or the range of the microphone. It is something to keep in mind since it is a Google Home that is not wireless. But must always be connected to a power source (such as the Chromecast). According to the experts, the power is sufficient to ensure a good hearing in the whole room, with a good compensation in serious.

In fact, the idea is that there may be several speakers in the house and be a multi-device system, synchronizing with Chromecast as we said. Of course, although it will support both Google and other third-party apps (such as Spotify), we can only synchronize a Google account at the moment. As they have commented, multi-media support will be something that will come later for the Google Home.

How to interact with this gadget?

At the moment, interacting with both bots and devices is still quoted. But the truth is that knowing Google and its tentacles, and after seeing what promises to fulfill its new assistant. The interaction with gadget appears to be quite complete in terms of the functions that these assistants currently provide.

What we have seen are the typical browser queries with the Google home (that is, tell us some specific information, an address, etc.) as well as commands to watch videos on other devices or start playing music. What they also announce (without releasing a lot of garment), is that you can work with more gadgets like light bulbs or smart thermostats (here we can imagine that it will be Nest thing).

As for the compatibility with third parties, the company prefers not to have the API to third parties (both the wizard and the gadget). It has been confident and does not see it as a problem, but explains that they will focus on improving their product and interaction. What they are looking for is that their Google home is an intermediary between the human language and the one that the bots understand to act.

The Google Home will be available later this year, without indicating an approximate price or countries. This will also depend on what languages and regions are available.