The latest gadget to hit the market will be the Sony A7R III towards the end of November. It is the newest edition to the  A7 line of mirrorless cameras by Sony. It will be priced at $3,200 and the lens at $1,300.

This gadget is a step up from the A7R II. There is a marked improvement in the autofocus system, image stabilization, battery life and fps.

The A7R III uses 42.4 megapixels sensor, similar to that of the A7R II. As compared to the A7R II, this gadget has a 2.2 times more battery life, which is good for a mirrorless camera.

This gadget weighs 1.46 pounds. It is slated to be the lightest full-frame 24-105mm f/4 lens in comparison to the other cameras. 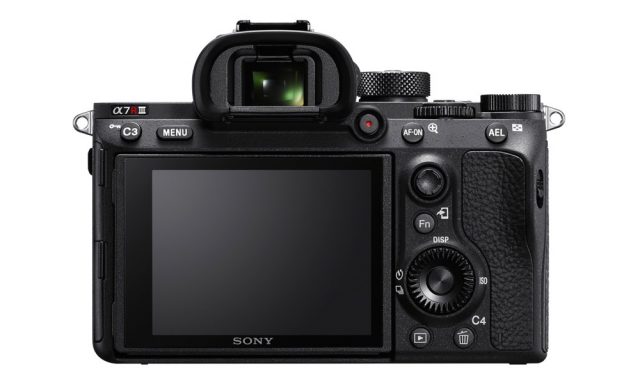 The A7R III has high-speed shooting capabilities. The Auto focus feature of this gadget is the best. You can take single shots of stationary subjects and the outcome is remarkable. It has a faster and more accurate auto focus system.

This gadget has a joystick for AF selection and the button is at the back of the camera.

The shoot bursts of 10 fps by this gadget outdoes its predecessor, the A9. The high burst rate together with the auto focus feature, improved processing and the shutter mechanism of the A7R III, make it a good camera for professional users.

This gadget has an electronic shutter mechanism to stabilize the image and minimize vibration during quiet shoots.

This gadget has 42.4 megapixel files which are fairly large.

The battery life of the Sony A7R III is said to be 2.2 times more than most of the mirrorless cameras.

The Sony A7R III has a touchscreen for certain autofocus and shooting modes, but it cannot be used for the menu system.

This gadget is equipped with a dual card slot.

It is dust and moisture resistant.

The camera can be powered externally by using a USB.

It has a 4K HDR video and has a PC sync port.

Comparisons with its predecessors

It is definitely an upgrade from its predecessor, the A7R II. This gadget has greater AF capabilities. The sensor of the Sony A7R III is not as fast as the A9, but a big improvement from the A7R II. The sensor is the same as the A7R II, but there is an improvement on the dynamic range, it has 2 card slots, higher AF speed, PC sync port, longer life battery and an AF joystick. It feels slightly bigger in the hand as compared to the A7R II.

For professionals using mirrorless cameras, this latest gadget by Sony is a great acquisition. It comes with all the requisites for the latest upgrades in camera. It is a full frame, high resolution, accurate autofocus, low noise, dual card slot camera and a battery that will get you through an entire day of shooting.

Though it comes at a steep price, those professionals, who are looking for accurate AF, high resolution and fps, then this gadget by Sony, the A7R III is highly recommended.